As seen at Longwood Gardens...

Primulina are invading Longwood Gardens, one at a time.

This is the first sighting of Primulina ‘Rachel’ on display near the door to the tall foliage house.  Specimen plants show up randomly throughout the conservatory.

Nice to see that P. ‘Rachel’ is worthy.

Primulina are often for sale in the Longwood Plant Shop.

Posted by Gary's Specialty Plants at 5:12 PM No comments:

Can you tell the difference?


So far, I see no difference?

Is this a chimera?

It's too soon to say.  Hopefully, the top plants will grow out with silver leaves.

I agree with Bill and Melinda Gates, O. T.

Bill and Melinda Gates released their annual letter and it contains a huge slam at President Trump and his policies. Here are some excerpts:

"For decades the United States has been a leader in the fight against disease and poverty abroad. These efforts save lives. They also create U.S. jobs. And they make Americans more secure by making poor countries more stable and stopping disease outbreaks before they become pandemics. The world is not a safer place when more people are sick or hungry [but] President Trump proposed severe cuts to foreign aid."


"The America First worldview concerns me. It's not that the United States shouldn't look out for its people. The question is how best to do that. My view is that engaging with the world has proven over time to benefit everyone, including Americans, more than withdrawing does. Even if we measured everything the government did only by how much it helped American citizens, global engagement would still be a smart investment."


"The duties of the president of the United States is to role model American values in the world. I wish our president would treat people, and especially women, with more respect when he speaks and tweets. Equality is an important national principle. The sanctity of each individual, regardless of race, religion, sexual orientation, or gender, is part of our country's spirit. The president has a responsibility to set a good example and empower all Americans through his statements and his policies."

I am an optimist.  Bill and Melinda Gates are optimists.

Please click on "their annual letter" above to remind yourself that the World can be a better place.  And that America is already a great country.

Where do good ideas come from? 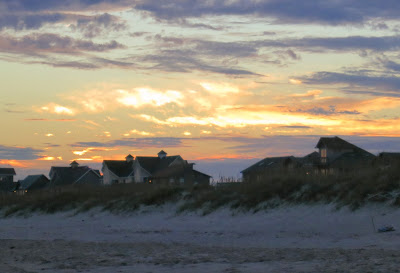 When a new product or service shows up, the common reaction is one of two things --- A.  Why didn’t I think of that? or  B. I had that idea years ago.

I’ve said before that there are only two parts to work ---- deciding what to do and doing it.   But what to do?

SethGodin has the answer to “Where do good ideas come from?”  They come from bad ideas.  Try many things and improve the ones that work.

JamesAltucher gives out advice freely and you can latch on to anything you like.  One of his recommended tricks is to write down 20 ideas a day ---- Good or bad.  At the end of a year you would have thousands of ideas collected.  Maybe there are some good ones worth trying among them.

SteveBlank teaches how to run a start-up business.  His simple revelation is that a start-up in not a small version of a big business.  He preaches that you must get out of the building and ask customers about your product to see if it is what they really want.

Humans are very poor at predicting the future.  That’s why nobody can pick the business ideas that will work.  Apparently, smart venture capitalists bet on losing ideas every day and hope the few winners compensate for the losses.

The only thing that we know for sure is that ideas are a ‘dime a dozen’ and only execution can prove them right or wrong.

How can you update this story from 3 years ago?

“Asian Violets are like African Violets, but Better”.  I thought that this saying was perfect.  But not so.

I’ve been working on a marketing workshop with Seth Godin, a Genius logical thinker.  Seth argues that “better” says nothing.  Every product is better, but in fact, consumers don’t all buy your better plants.  They buy what they consider important to them.

In a discussion group, a woman offered her view:

Why not just “Asian violets are African violets for sophisticated people”?

You may be onto something by thinking about marketing to people with a more sophisticated sense of aesthetics. I imagine walking into a friend’s apartment, rolling my eyes at her African violets, and thinking,      “You’re smarter than that, dammit!”

I told her that I laughed out loud.  Since I have friends that grow African Violets, I hadn’t considered that African Violets are not up with the times.

I think that Asian Violets (Primulina) have a more sophisticated look and that may be the distinction to separate them from African Violets.  Violets are the leading flowering houseplant in the World.  That is not likely to change any time soon.

“Asian Violets are like African Violets, but with cool sophisticated leaves.”

Posted by Gary's Specialty Plants at 4:00 AM 4 comments:

Sinningia ‘Li’l Georgie’ is an amazing plant.  You can follow the history by reading through my blog stories.

Today, celebrate the success of my friend, Judy, who has grown this plant for three years at her kitchen window.  Yes, it has flowered out occasionally with a brown top, but with patience, it resprouts from the tuber and gives you this.

Could everybody do this?  No.  You must pay attention and water once in a while.

As she should be, she is proud of her success.  As a grower and promoter of ‘Li’l Georgie’, it is inspiration for trying to re-establish production. This plant is too good to not see it available to everyone.

Posted by Gary's Specialty Plants at 10:45 AM No comments: